Chatham County Georgia Sheriff Internal Affairs. 9-1-2020, Spoke with Internal Affairs Department where immediately as I walked in locked door entry I told them I need Investigator and they began to show signs of conscious possession when asking me to sign in the name with symbols given to me by my physical father/mother and recorded by the United States Georgia. They didn’t seem to understand that the name with symbols being enforced under deceptive teachings first is the cause for the false ego persona and denied to help but did direct me to Chatham County Police Station where I went to next and they did the same thing but directed me to the county manager with written words and numbers on a note.

This is the United States Georgia Certificate Of Live Birth that recorded my conscious birth from the non-physical into the physical reality where I am consciousness inside of my living organic body and the letters numbers symbols time are manufactured patterns markings used to record knowledge and Identification for abstract communications like right now as you read these manufactured patterns markings required for this invention.

This is another United States Georgia Identification given as certified fire arm licence. 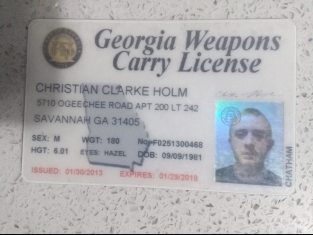 This is a United States New Hampshire Identification along with marriage identification for government records to serve and protect family. 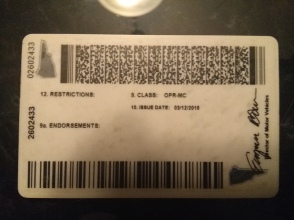